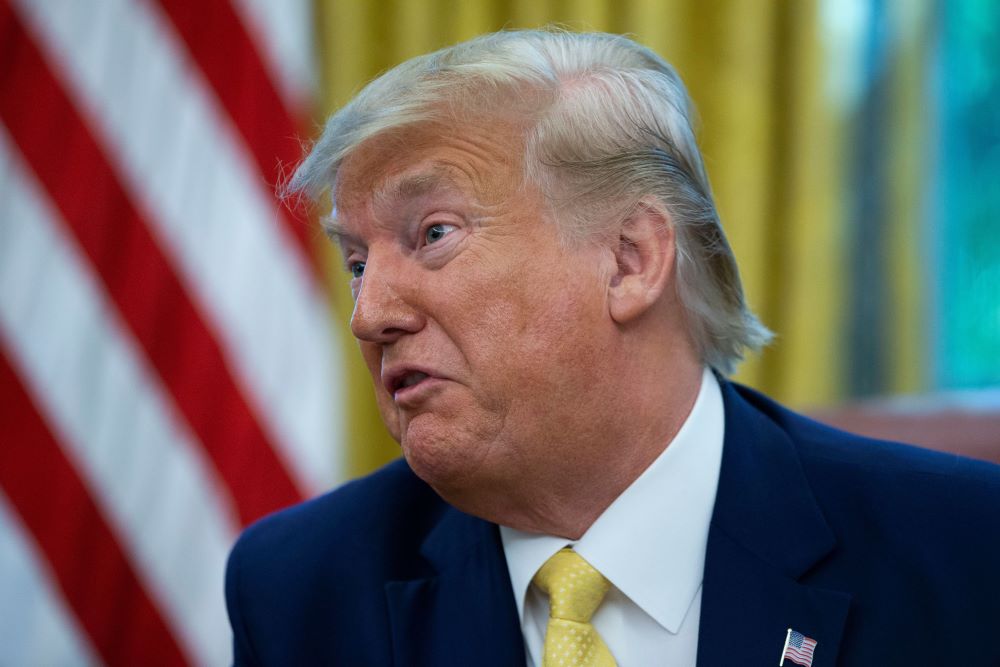 The United States and China have reached a tentative trade deal, likely making new tariffs set to roll out on Sunday a no-go.

President Trump is reportedly prepared to sign the phase one trade deal negotiators from both sides have been working on for weeks, The Wall Street Journal reported, citing people familiar with the matter.

The president and top advisors met Thursday to review an outline of the deal, which they expect to confirm with Beijing as early as Friday.Ahead of the news, Trump tweeted, “Getting VERY close to a BIG DEAL with China. They want it, and so do we!”

Earlier reports, which likely came amid negotiations, said U.S. negotiators have offered to cut existing tariffs by as much as half on $360 billion worth of China-made goods, plus cancel the List 4B tariffs scheduled to take effect on Dec. 15, the

Journal reported.The debate over a potential tariff slash has been ongoing for the past month as the U.S. and China wrestled over whether a rollback was ever on the table. Now it seems the offer stands, and in exchange, the U.S. is reportedly seeking firm commitments from Beijing with regard to buying large quantities of U.S. agricultural products, plus the intellectual property protections that set the trade war in motion.

If Beijing doesn’t stick to the commitments that could finally see this phase one deal established, there’s a “snapback” clause that would take punitive tariffs back to their original elevated rates, according to the Journal.

With a little more than two days left for the decision to be made before 15 percent tariffs—which would target the remaining apparel and footwear items coming into the U.S. from China—the clock had been ticking on talks.

And U.S. brands and retailers are keen for some tariff relief before the holiday season takes a turn for the worse.

Before news of the tentative deal surfaced Thursday, the American Apparel & Footwear Association (AAFA) sent a letter to President Trump stressing the need for a phase one deal that eliminates already in place Tranche 3 and 4A tariffs and takes the incoming Tranche 4B December duties off the table.

Already, according to the letter, roughly 92 percent of apparel imports from China, 53 percent of footwear and 68 percent of home textiles made in China have been paying additional 15 percent tariffs since September. Per AAFA estimates, if the Dec. 15 tariffs do take effect, the annual cost of duties for the industry would increase by more than $1 billion for footwear, $354.6 million for apparel, and $397.7 million for home textiles.

“While the punitive tariffs imposed by both the U.S. and China over the past 15 months have brought attention to issues plaguing the U.S./China trade relationship, they have also caused severe damage to U.S. companies,

Manufacturers, importers, exporters, wholesalers and companies large and small have all said the costs

associated with the influx of new tariffs have created substantial problems for their business, he added. “The costs, many of which were suddenly imposed, stifle investments, impede market access…[and] the uncertainty associated with the talks only magnifies the pain by forcing companies to create and constantly revisit multiple tariff mitigation scenarios.”

In the letter, AAFA implores the president to settle a phase one deal that results in the “immediate elimination” of existing and impending tariffs on textiles, apparel, footwear and other targeted fashion products.

If Beijing OKs the deal Friday, the industry could see the impending tariffs officially come off the table.

Updated Thursday at 5:20 p.m. to reflect news of the tentative deal.

Scan the QR code to read on your phone