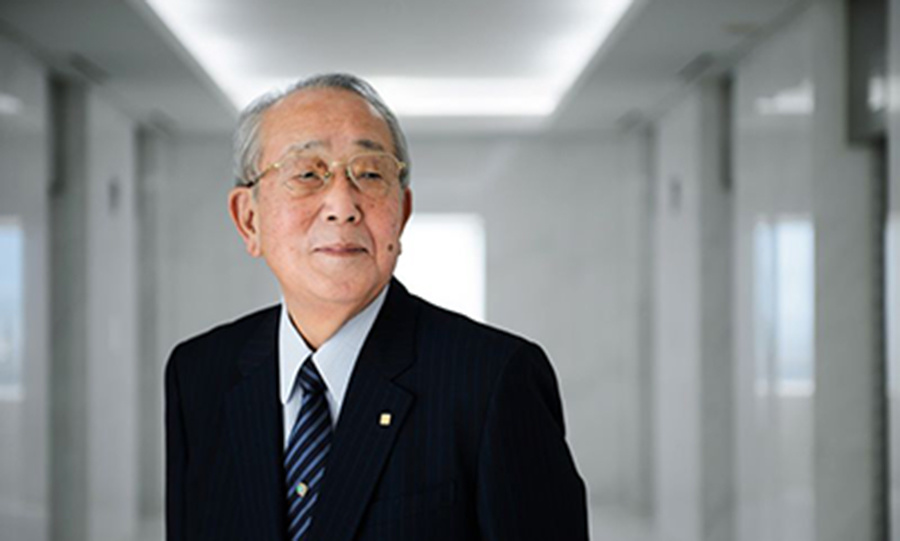 Kyocera Corp. founder Kazuo Inamori -- a former Buddhist priest who went on to influence Japanese entrepreneurs for decades -- has died of old age. He was 90.

Inamori, who also founded the precursor to Japan’s No. 2 phone carrier KDDI Corp., was famous for prioritizing employees’ needs over shareholder demands. His “amoeba management” philosophy preached organic corporate growth. Companies should give employees more autonomy and let their insights into changing market needs guide the business, he said. That management style led Kyocera to grow in multiple directions, leading it to pioneer technologies in power semiconductor devices, fine ceramics and solar cells.

Company leaders aren’t there to work for shareholders, but to make employees happy, Inamori told Bloomberg in an interview in 2015. But he could be ruthless in creating the right eco-system for his management system to flourish.

When Inamori was 77, he stepped in to lead Japan Airlines Co. after the flagship carrier went bankrupt in 2010. He had no experience in the industry, but returned the airline to profitability the following year and relisted it on the Tokyo Stock Exchange in 2012. That turnaround involved cutting roughly a third of the carrier’s workforce, or around 16,000 people.

His skill in growing Kyoto Ceramic, which Inamori founded in 1959 at the age of 27, into the $21 billion Kyocera gained him the moniker of “god of management” in Japan. During his ascent, Inamori was able to browbeat SoftBank Group Corp. founder Masayoshi Son in 1986, when a young Son approached the older executive to sell a device that would automatically route telecom users to the lowest-priced carrier. Inamori convinced a cowed Son to sign over exclusive rights -- a decision Son has said he immediately regretted. Son had to wait for Inamori to arrive at work in the morning and beg him to nullify the contract.

Widely read in Japan and China, Inamori’s books have been popular among entrepreneurs seeking alternatives to the capitalist models of the West, with Alibaba Group Holding Ltd. co-founder Jack Ma reportedly citing Inamori’s lessons on motivating employees to work harder.

“His books and philosophy inspired many, including myself,” said Shigehisa Murakami, chief executive officer of financial consultancy Fine Deals Inc.