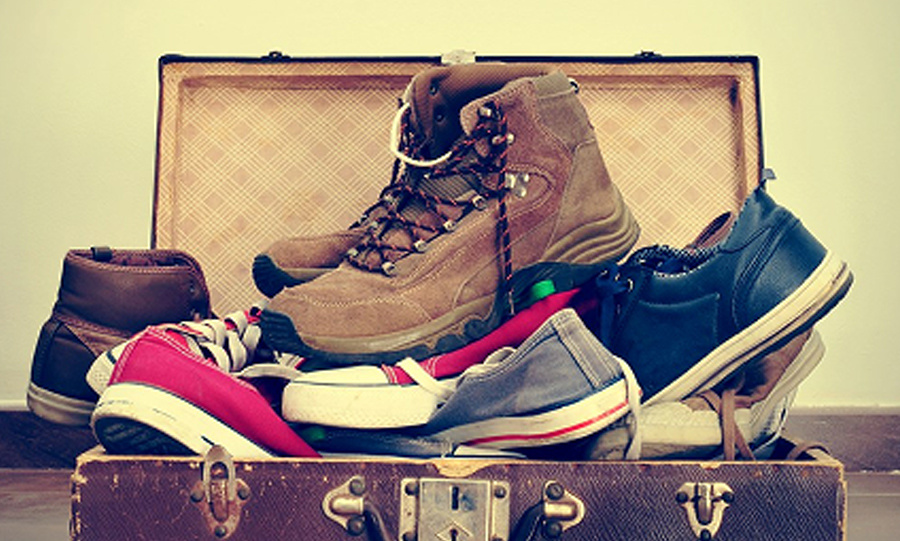 In his relentless pursuit of more equitable trade for the United States, President Trump has given Canada another reason to pause amid already deteriorating relations.

Within 24 hours of proposing another $200 billion in potential tariffs on China, where a trade war has reached beyond brewing, Trump accused Canada of smuggling shoes from the U.S. back into their country.

Speaking at the National Federation of Business in Washington Tuesday, Trump said, people living in Canada are “coming into the United States and smuggling things back into Canada because the tariffs are so massive. The tariffs to get common items back into Canada are so high that they have to smuggle ‘em in. They buy shoes and they wear ‘em, they scuff ‘em up, they make ‘em sound old, or look old.”

Pointing to what he’s said on different occasions is Canada’s 270 percent or 275 percent tariff on dairy, the president said it’s “a barrier without saying it’s a barrier.”

We can no longer be the stupid country. We want to be the smart country,” Trump said. Tuesday’s comments have sparked a strong response from the U.S. footwear industry.

In a statement following Trump’s, Matt Priest, president and CEO of the Footwear Distributors and Retailers of America (FDRA) said, “On behalf of the American footwear industry, we welcome anyone from anywhere to come and purchase shoes in America. It helps both our brands and retailers grow. Period. We don’t care where they wear them, and if they get scuffed up all the better so we can sell them more.”

The president, according to Priest, appears to be misinformed about footwear trade. “Consumers buying shoes in America already pay a very high tariff, upwards of 37.5% and 67.5%. NAFTA is not treating footwear consumers in America unfairly, the American government itself has not lowered footwear duties in a meaningful way in over 80 years,” Priest said.

On the North American Free Trade Agreement, which is hanging by thin threads these days as Trump stands firm on a five-year sunset clause and alludes to tearing up the deal and turning it into two bilaterals, Trump said Tuesday, “We’re trying to equalize it. It’s not easy but we’re getting there…We’ll see whether or not we can make a reasonable deal.”

That deal, whether it comes to fruition, may still not positively impact footwear duties as other U.S. trade deals may have.

“If the president is concerned about treating American footwear companies and consumers fairly, then he should have signed the TPP to lower footwear costs in America,” Priest said. “Canada signed the TPP and will eventually get duty free shoes from Vietnam, a major sourcing hub, where American brands will ship directly into Canada duty free.

Canadians have no real reason to ‘smuggle’ their shoesbecause their government is already helping lower their costs through proper trade deals.”

Trump’s shoe-smuggling comments come after recent Twitter attacks against Canadian prime minister Justin Trudeau for his firm stance on Canada responding to U.S. tariffs with equivalent measures of its own.

Trump called Trudeau “meek” and “weak” for addressing the tariffs in a news conference rather than during the recent G7 meetings in Canada.

US Textile Factories Are Getting More Funding and More Attention