Who’s Paying Garment Workers, Who Isn’t and How Can People Help? 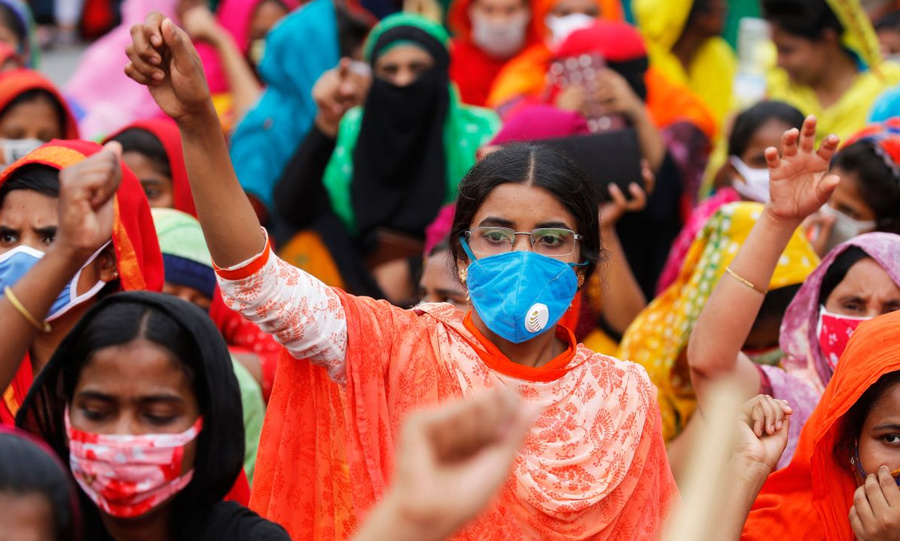 The Workers Rights Consortium (WRC), in partnership with the Center for Global Workers’ Rights (CGWR) at Penn State University, has launched a “COVID-19 tracker” to monitor which fashion companies are paying suppliers for in-Production and completed orders, and those that have refused to do so.

“COVID-19 has meant a huge drop in demand for apparel,” the WRC wrote on its website. “Many brands and retailers responded to the crisis by canceling (or ‘holding’) orders or demanding retroactive price reductions, for goods already in production or completed and ready to ship. In some cases, brands have demanded large rebates, even on orders already in transit from the supplier.”

The fallout from this, it said, has been large-scale dismissals of workers, often without legally mandated severance or furlough wages.

“We recognize the financial challenges this creates for brands and retailers; at the same time, corporations have a responsibility to manage the crisis responsibly and honor obligations to suppliers and workers,” it added.

Those that have agreed to honor their commitments include Adidas, H&M, Zara owner Inditex, Kiabi, Marks & Spencer, Nike, PVH Corp., Target and Uniqlo owner Fast Retailing. VF Corp., which operates The North Face and Timberland, is also provisionally on the list, albeit with an asterisk next to its name to indicate that concerns have been raised by suppliers about follow-through.

A previous CGWR report noted that Primark has to date cancelled or delayed the most orders ($273 million), followed by C&A ($166 million) and Mothercare ($62 million).

Primark, which faced widespread criticism for invoking the force majeure clause to get out of its contracts, announced last week that it was establishing a fund to help pay the wages of workers linked to orders in Bangladesh, Cambodia, India, Myanmar, Pakistan, Sri Lanka and Vietnam that were due for shipment.

The company indicated, however, that the wage compensation would be adjusted to factor in government support packages in each country, a stipulation that caused some confusion.

“While we welcome Primark’s announcement that they will compensate workers for the wages they will lose as a result of these cancelled orders, it is not clear enough what they mean,” Rubana Huq, chairperson of the Bangladesh Garment Manufacturers and Exporters Association, told the Guardian. “Wage compensation should not take government loans into consideration. These brands have existing business commitments with their suppliers that are their responsibility to honor.”

Scott Nova, executive director of the WRC, said he was “very skeptical” that workers would see any of the promised money. He also questioned why Primark didn’t simply pay for the orders it nixed.

“By refusing to pay for the orders, it will be doing so much financial damage to the factories that they will fire a lot of these workers anyway,” he told the Financial Times.

“Vulnerable women who live on the margins of poverty and are at risk not just from COVID-19 but from all of the economic fallout of this pandemic,” Lauren Fay, executive director of the New Fashion Initiative, told Sourcing Journal. “The stakes right now are the highest for these fashion frontliners. This virus doesn’t mean the closing of a brand and the end of an entrepreneurial dream; it means starvation and homelessness.”

“Garment workers are in crisis because brands [are] cancelling orders and pulling back production,” said journalist and author Elizabeth Cline, who worked with Fay, stylist Rachael Wang and influencer Benita Robledo, to set up the site.