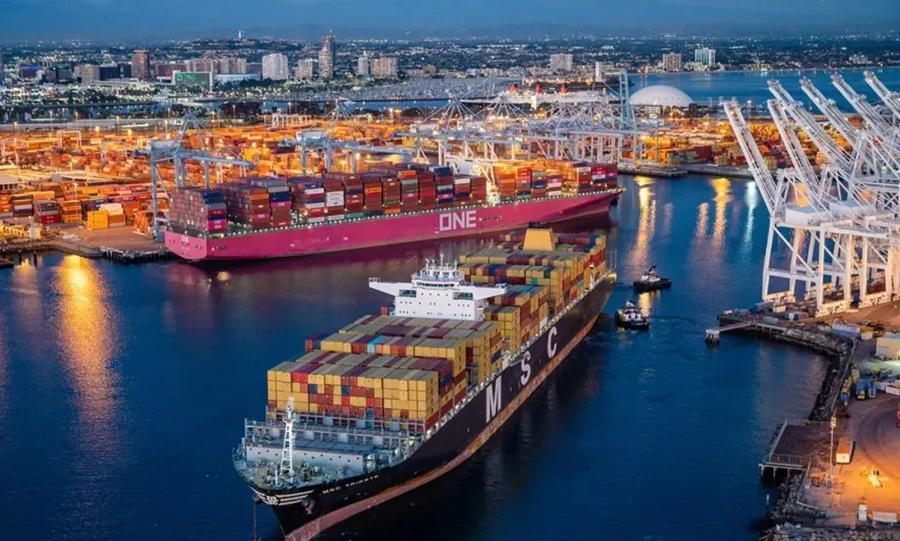 As the worldwide demand for Chinese goods continues to rapidly increase amid the Covid-driven growth in e-commerce spending, it’s creating a shortage of shipping containers, and unfortunately for actors throughout the supply chain, whether it’s the exporters, the manufacturers, the retailers or their consumers, they will all continue to bear the burden of higher costs.

Earlier this month, The Wall Street Journal spoke to Chen Yang, who runs a textile trading unit at a state-owned enterprise in China’s southern city of Hefei. Yang said that the business, which mostly exports to the U.S., expected to lose money in 2020 in part because of the sharp rise in shipping costs.

A 40-foot shipping container arriving at the port of Charleston, S.C., in December cost Yang approximately $7,500, up from $2,700 in April, he said. The textile trading operator said he also has to book space on the vessel at least 20 days in advance, which would be more than double the usual time.

And Johnny Tseng, the owner and director of Hong Kong-based J&B Clothing Company Ltd., which manufactures garments for top U.K. fashion sites including Boohoo and Pretty Little Thing, said the inflated shipping rates could come at an even bigger cost—his own business.

“To be honest I don’t even know how we can survive if we carry on shipping things at this kind of cost,” Tseng told the BBC.

While Tseng said the usual price to ship a container to the U.K. is $2,500, the clothing company is now being quoted $14,000. Congestion at U.K.ports due to the high demand even caused some of his stock to miss the busy Christmas season. With the delays, some retailer customers are holding orders for their autumn-winter collections until next year.

The shipping container price increases have been universal, well beyond the scope of the textiles and apparel space. Helen White, the founder of U.K.-based online contemporary home lighting seller Houseof.com, told the BBC that her company was paying 1,600 pounds ($2,175) per container in November, but was quoted for over 10,000 pounds ($13,656) in January, forcing the company to take a loss on what they sell.

Don’t just take their word for it—numerous shipping container trackers are backing up what many business operators like Yang, Tseng and White have to say about the fallout from surging demand.

The Freightos Baltic Global Container Index (FBX) climbed 38 percent month-over-month in December alone to a new high of $3,377 per 40-foot container or equivalent unit (FEU), marking a 143 percent increase annually over December 2019 averages. These numbers have only continued to increase even further to $4,071 per FEU as of Jan. 22, marking a 163 percent year-over-year jump.

Drewry’s composite World Container Index increased 2 percent month over month to $5,340.30 per average FEU as of Thursday, marking its highest level since 2011. The longer-term expenses have been incredibly expensive, with the index indicating that the cost of shipping an FEU from Shanghai to Los Angeles has almost doubled from early June to around $4,200. That same container shipped to the Port of Rotterdam in the Netherlands jumped a whopping four times during that span to costs of nearly $9,000.

Pantone Names ‘Uplifting’ Duo for Color of the Year 2021