After Suez Canal Crisis, Freight Rates Are Sky High. When Will Fees Fall? 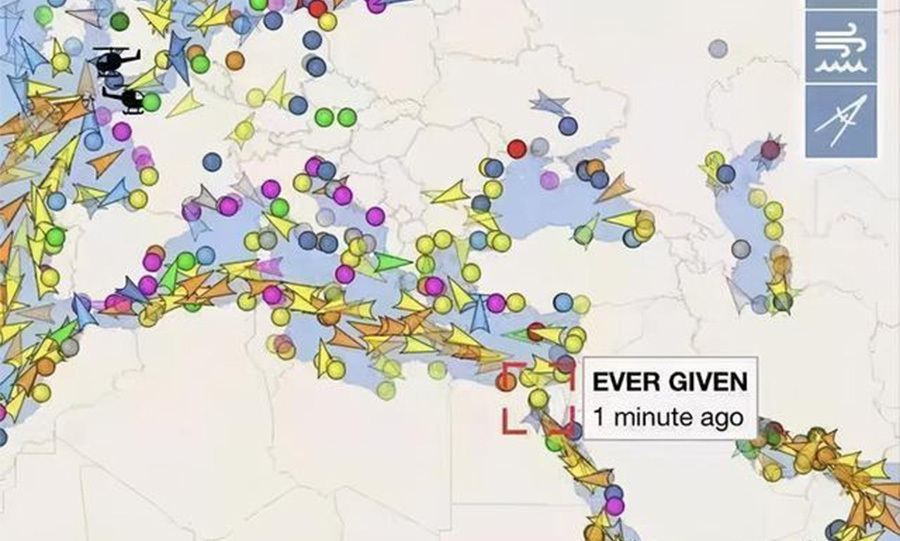 In the aftermath of the Suez Canal blockage and bottleneck, port congestion is expected to remain a concern until at least mid-May and carrier schedules are unlikely to return to near-normal operations before mid-June, particularly on the Asia-Europe route, according to a new report from Everstream Analytics.

A month after maritime traffic in the canal was unexpectedly suspended for six days, the effects of the shipping snafu continue to ripple through global supply chains. On April 3, the last of the 360 ships stuck in the Suez Canal at the end of March finally transited the crucial gateway, normalizing operations that were disrupted for almost a week and held up trade valued at more

than $9 billion per day.

Everstream, which delivers a range of predictive analytics solutions for supply chain and logistics professionals, said congestion levels have started to affect container gateways in Europe and Southeast Asia, such as Rotterdam, Holland and Singapore, due to simultaneous vessel arrivals. Terminals in Rotterdam are likely to have the highest risk of congestion, as ocean carriers are considering a strategy that involves offloading cargo at major hub ports, skipping subsequent port calls and turning ships around early to return to Asian export hubs.

In Asia, the Port of Singapore, which is expected to receive the largest number of vessel calls on Eastbound services, has also faced an uptick in vessel berthing times over the past 18 days, with vessels now spending 60 hours on average outside the port, compared to 42 hours on April 8, the report noted.

“As empty containers have been held for longer than usual at European ports, Asian export gateways such as Shanghai and Busan, South Korea, will experience scarcity of container equipment in the coming weeks,” the report said.Spot rates on the Asia-Europe ocean cargo trade lane have been rising due to a lack of capacity following the Suez Canal closure, pushing up

Everstream said the availability of containers at Asian export hubs is likely to improve toward the end of May, especially when the long queue of vessels outside U.S. West Coast ports carrying hundreds of thousands of containers starts to clear.

“However, no significant decrease in ocean cargo spot rates should be expected until the fourth quarter of 2021, as carriers continue to be in the driver’s seat, meticulously managing the supply and demand balance with a clear focus on maximizing profits,” Everstream said.

Meanwhile, air cargo rates have risen in April following the Ever Given’s grounding, as shippers looked to convert critical shipments from ocean to air. Everstream said this is particularly true on the Hong Kong to North America lane. Figures from the Baltic Exchange Air Freight Index (BAI) showed that average prices in mid-April were higher than at any point during 2020’s demand surge amid the export boom of personal protective equipment between March and June.