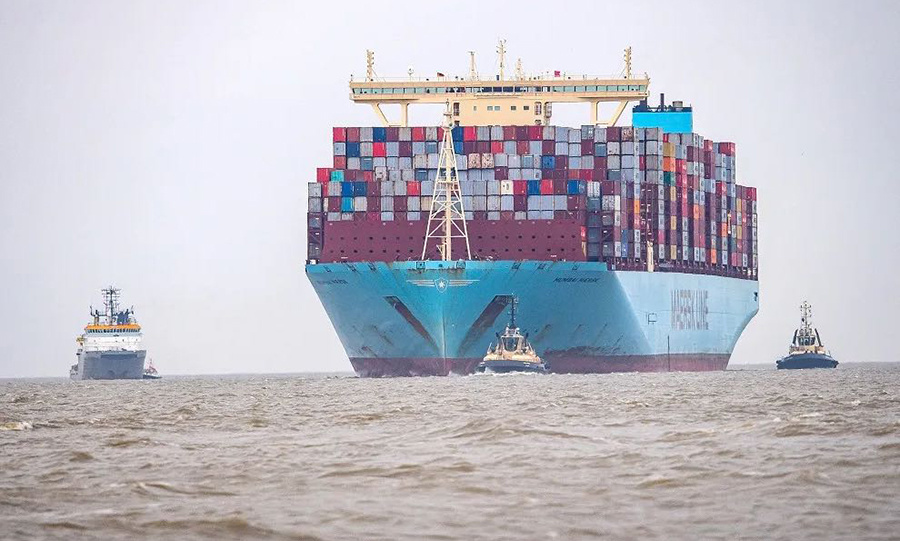 While ocean freight rates have dipped a bit of late, they are still substantially higher than medium- and long-term prices for containers and experts expect spot rates to remain stable or continue falling in the coming weeks.

Drewry’s composite World Container Index (WCI) decreased 0.9 percent to $7,874.43 per 40-foot container or equivalent unit (FEU) for the week ended Thursday, but remained 60.3 percent higher than a year ago.

According to a recent analysis by Container xChange, one of the many challenges for the supply chain now is the overflowing container depots in the United States and the pileup of empties that will push the container prices further downwards in the mid-term. The analysis showed that container prices are declining in the U.S. by as much as 30 percent in the past two months across the East and West Coast and more than halved at some ports from 2021 prices.

In general, logjams and disruptions lead to [an] increase in container prices, especially in second-hand container prices because more container volume is tied up along the logistic supply chain,” said Christian Roeloffs, Container xChange co-founder and CEO. “However, in the United States there is a pile-up of empties as those containers cannot be repatriated back to Asia because of several disruptions…in the past two years, and more recently due to the China lockdowns and Russia-Ukraine crisis.”

Roeloffs said there could be a continued slide in container prices because depots are overflowing with containers, and carriers and other container owners will be “getting desperate to get rid of those units.”“Once we see depots overflowing, and this is also what we expect in the midterm once disruptions ease up a little bit, container turnaround times becoming faster and shorter again, container fleet utilization increasing again, we do believe that container availability on a global scale will become more abundant again,” Roeloffs said. “As more and more containers will be required to be stored in depots in the U.S. and because the depot space is limited, there will be a massive downward push on container prices in the immediate short to mid-term.”

In reporting fiscal 2021 financial results in February, Maersk said its Ocean division saw profitability increase substantially to revenue of $48.2 billion compared to $29.2 billion the previous year, “driven by high freight rates due to the ongoing impact from the pandemic that has resulted in disruptions of global supply chains.”